Back to Spring, Summer & Fall Activities

The General Grant Tree is the second-largest tree in the world, standing 267 feet tall, and nearly 29 feet wide at the base.

The General Grant Tree, the second-largest sequoia in the world, is a 3,000-year-old wonder and the centerpiece of Grant Grove in Kings Canyon National Park.

A massive specimen of Sequoiadendron giganteum, General Grant measures almost 270 feet tall and 107 feet around at its base. The tree was named in 1867 to honor Ulysses S. Grant, and was coined "the Nation's Christmas Tree" by President Calvin Coolidge. It is one of the "biggest" attractions in America's national park system.

Visit the historic Gamlin Cabin and the Fallen Monarch along this 1/3 mile (.5 km) paved trail. North and west of the Kings Canyon Visitor Center 1 mile (1.6 km). 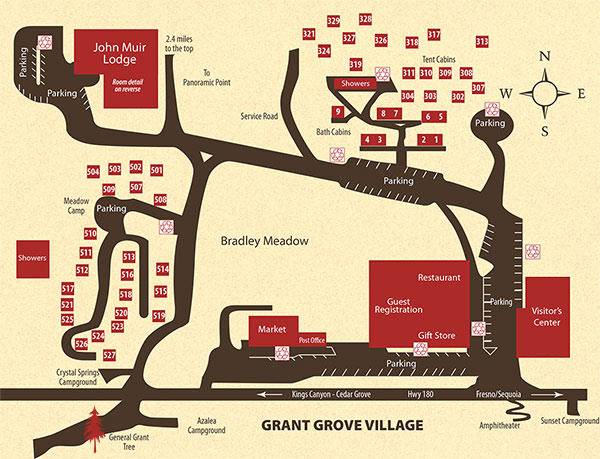